Not sure yet how to handle fully a straight topic that I thought of thoroughly and deeply, yet still watching calmly the situation as it is happening before me; I am just staring and contemplating simultaneously, hopefully something suddenly happens to me, it was in a state of happening till my mind went back directly to the topic I am so very close to talk about; it is the creative writing topic which we are very far away from nowadays.

Yes, the topic of creative writing and the reality of this world triggered me enthusiastically this very morning of such universal ideals upon my existence herein, not yet sure, still feeling frustrated on discussing fully and wholeheartedly such a broad topic from which most people are rather prone to and feel too; astray as they reluctantly try to neglect its significant influence on today’s societies, and that requisitely of impact on life’s trials and tribulations and their realistically ascertained solutions; as if trying to forget its benefit in analytically describing everyday footings and giving thorough answers to such life obstacles; whether psychologically or philosophically, nonetheless; we as creative writing supporters, we should make such a mission crystal clear as long as it is ours.

First of all, I am taking you quietly to that area where creative writing has an amazingly deep effect; one which lies essentially at the very first vicinity that is affected by a stance psychologically and philosophically perceived, it is the individual whose first business is to write creatively while hoping to depict realistically the world’s occurrences, and whatever a problem in the society one would have happened to be; it is the immersive indulgence one would come across throughout daily obstacles and distressful occasions, an accommodation would truthfully back those efforts and their candid countenances into believing good would have been done for the societies through the austere act of creative writing, yes through the creative writing. Above all, it is through the bridge of it an individual would happily relieve their mind whether psychologically or philosophically; it too, comes along with an amount of interest that denotes more profound interactions with the in-depth caliber of creatively describing society, problems and simultaneously finding some Ways to get out of them using the weapon of mind and pen, the bigger than all creative writing characterization on how it affects those who esteem enthusiasm in their prowess of writing; they know it leads elsewhere to a universality of vastness unknown and tackles that are perfect.

Now let’s move far away from what we have been saying above to stop at the second vicinity where creative writing plays a crucial role in its influential nature; it is the reader vicinity, or let’s say the society and how it intelligently uses such creative writing’s philosophical aspects to its advantages, a crystal clear representative is that when  through the wholehearted readability a society no matter what its problems is could fully grasp the situation it is indulged in, the excessive problems due to the abnormally repeated encounter where getting out of them for instance despite the hardships; it is because the creative writer does not just focus on depicting deeply their society’s woes and persuasive dilemmas, a creative one would also fully shed the light on the aspect of getting out of the situation of any subject he may tackle, whereas the readers’ business begins relating to following the words denoting the situation so that they could wholly get the picture as it is described; then they just make out of all those beautifully knitted words some seriously needed solutions since they have comprehended the truest context of any given situation in front of them. It is there where the role of creative writing lies quite essential, and there where the readers should chime in. Once again, creative writing has a great impact on society, it makes an individual’s situations clearly described and defined in definite status of soluble foundations in each life vision.

In addition to all what has been said so far about the impact the creative writing has on both the writer and the society, let’s now travel together astray and watch that deeply significant interactions between those two zealously put together vcinities, out of which comes the fruitful seeds we are tracing and attempting to gather so that we could prove such an amazingly interchanged interaction helps get the whole picture of the creative writing. It is due to that interaction we too, as readers or as writers, we could say that the creative writer helps provoke the reader’s mind to think seriously about the reason why creative texts come out to see the light, it is not out of sudden thinking; it is because the writer is living such a reality of their society, thus they find themselves in a situation where they should deeply depict Their visualization in greater details. Plus, they should use those carefully chosen words to make the reader feel more approachable to the solemn reality of any society that focuses on different aspects of life’s orientations, whether political, economical aspects or social ones, that’s where the writer should be good at.

Last but not least, after going through the two dissimilar vicinities where creative writing fits in, I would like to say that the creative writing should be given a special thought as long as it represents the role plays of those different vicinities, whether in the writer zone, the reader zone or the interaction zone. All in all, the universe of creative writing helps us fully grasp the daily situation we live in, as well as the fact  that it goes for being a completion to finding solutions to every moral detailed issue. If not, it is a relief for both the reader and the writer. 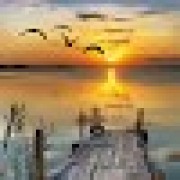 Greetings, My name is Jillani Birech, I am a writer of Literature, especially poetry and its vast aspects such as Creative Writing and Critical Thinking. This Blog is a golden platform of what our community can provide to the world of critical thinking and creative writing.

A Brief aphorism on Literary Criticism.

Siren state of mind that speaks against Dominant Regulations.